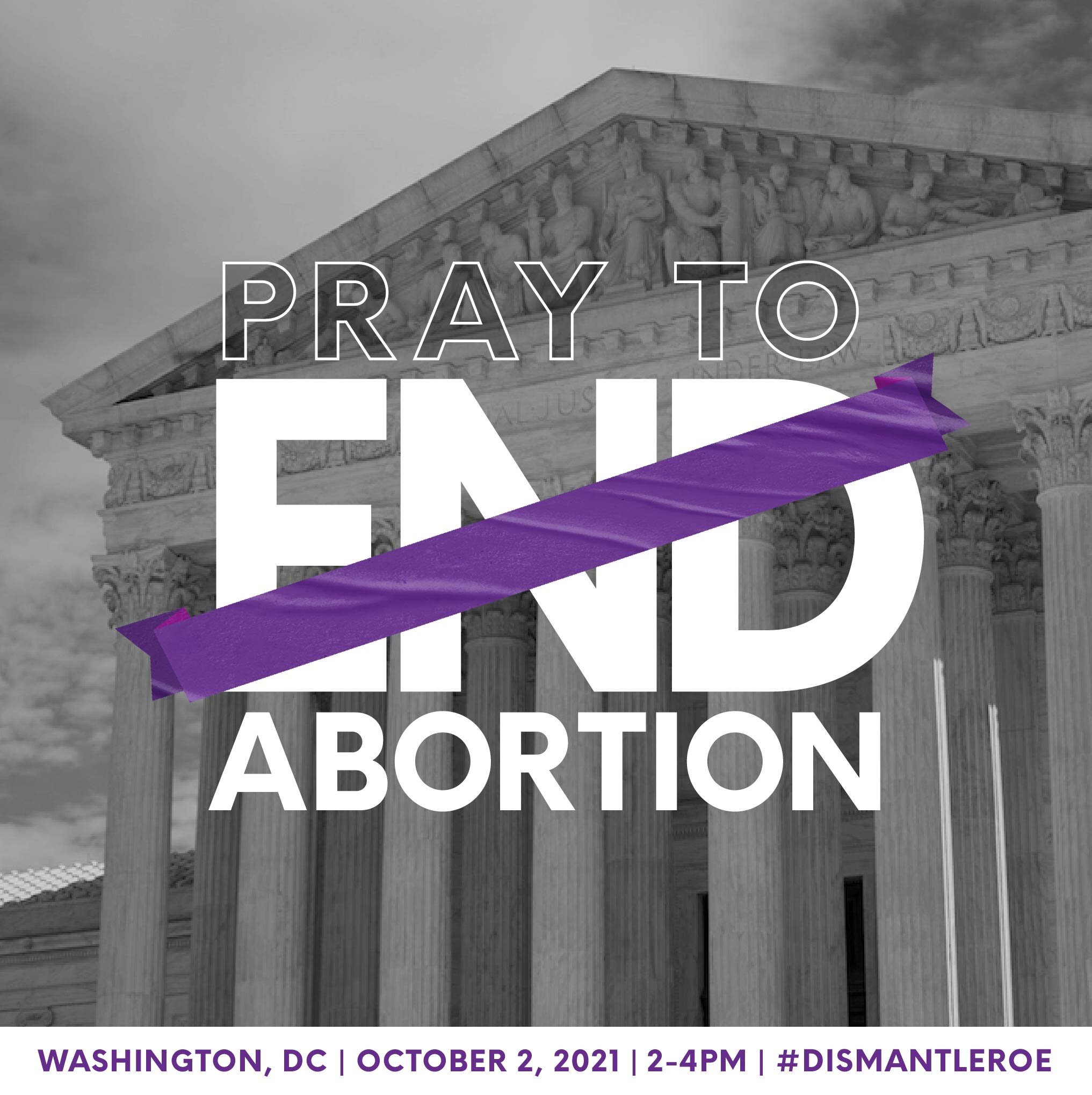 Stanton Public Policy Center/Purple Sash Revolution applauds the decision of the Supreme Court not to intervene as it will save thousands of children from abortion violence and women from being wounded through abortion.

The Supreme Court’s response to the Texas abortion case is a clear reminder that abortion violence will soon end up on the scrapheap of history like chattel slavery and segregation.

Stanton Public Policy Center/Purple Sash Revolution is planning a large prayer rally and gathering at the Supreme Court on Saturday, October 2, in support of the Dobbs v. Jackson case which could overturn Roe v. Wade.

More information can be found at the Facebook Event for Pray to End Abortion #Dismantle Roe: https://bit.ly/3BctErU

“We are thankful the Supreme Court refused to block a law which will save thousands of children from abortion violence. As Dr. Martin Luther King said, ‘A lie cannot live forever,’ and the court’s decision is a clear reminder Roe v. Wade is crumbling and will soon end up on the scrapheap of history like chattel slavery and segregation.

“The local pro-life community is activated and energized like never before and we look forward to the Dobbs v. Jackson case this fall, which could overturn Roe.”

“As a woman who knows the lasting pain of abortion personally, along with thousands of other women, today I celebrate the Texas law taking effect. Countless babies will be saved, and countless mothers will be spared from the trauma of abortion.

“In our clinics, a full 90% of women considering an abortion report feeling pressured by someone they trust. That is not true choice.

“The Texas law will provide these women a welcome reprieve. Almost all women instinctively want their baby, but far too many lack the support and resources, which leads them to believe abortion is their only option. We get to educate women with the truth, provide them with practical help and empower them as they embrace motherhood.”

Stanton Public Policy Center is a women’s advocacy and educational group that works on issues of human rights and justice which empower and inspire women. It is affiliated with Stanton Healthcare which has life-affirming women’s health clinics in America and internationally.