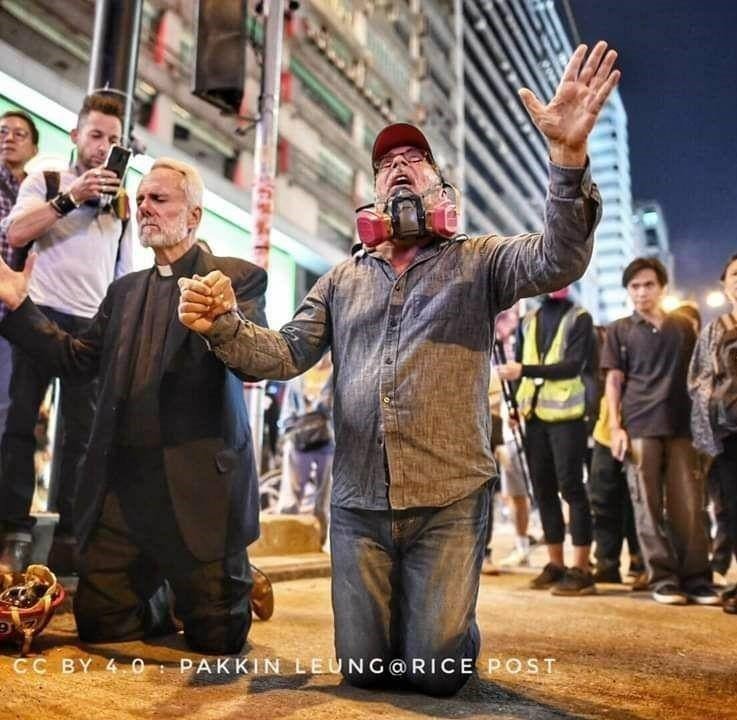 Photo above: Rev. Mahoney (right) praying on the streets of Hong Kong in 2019 with thousands of students for freedom during the “Siege of Polytechnic University.”

Rev. Patrick Mahoney, Chief Strategy Officer for Stanton Public Policy Center/Purple Sash Revolution and a ordained Presbyterian minister, will conduct his hunger strike/fast during the entire Olympic Games which begin on February 4 and end on February 20.

The #LeastWatchedOlympics campaign will be sending a clear message to the Chinese government that the world must stand against China’s human rights abuses and will not be a part of the CCP’s attempt to use the Olympic Games as a propaganda tool. Our goal is to make the Beijing Olympics the least watched Olympics in history.

Rev. Patrick Mahoney, Chief Strategy Officer for Stanton Public Policy Center/Purple Sash Revolution, has been an outspoken critic of the human rights abuses in China for over 40 years. In 2008, he was involved in an effort to boycott the Beijing Summer Olympics and was arrested in Tiananmen Square during the Olympics speaking out for human rights. He was threatened with six months in prison and is currently banned from China.

“During this hunger strike, I will be praying and standing in solidarity with Uyghurs who are facing genocide, Hong Kongers who are being imprisoned and beaten in their struggle for freedom, Christians who are facing persecution and having their churches bulldozed, other religious minorities who are being brutalized, and political dissidents who are having their freedoms and human rights crushed by the Chinese Community Party. I invite people around the world to join with me in prayer.

“Through prayer and public engagement we can see God shift, shape and transform history.  As Philippians 4:6 says, ‘Do not be anxious about anything, but in everything, by prayer and petition, with thanksgiving, present your request to God.'”